14.1 PART 1: Including a LearnR tutorial

LearnR tutorials are interactive R Markdown documents that allow you to incorporate code exercises as well as elements like videos and quizzes. There are many possibilities, and we point you to other resources to see various examples of these tutorials in action. The nice thing about this tool is that students can play around with code and preview various concepts outside of the RStudio IDE. One possible use case would be when you would like to introduce broader concepts in an interactive way before students begin focusing on the programming and coding aspects of the concepts within a regular .Rmd document.

As before, I assume you have at a minimum created the basic package structure from Part 1.

This adds a tutorial folder to the inst directory. 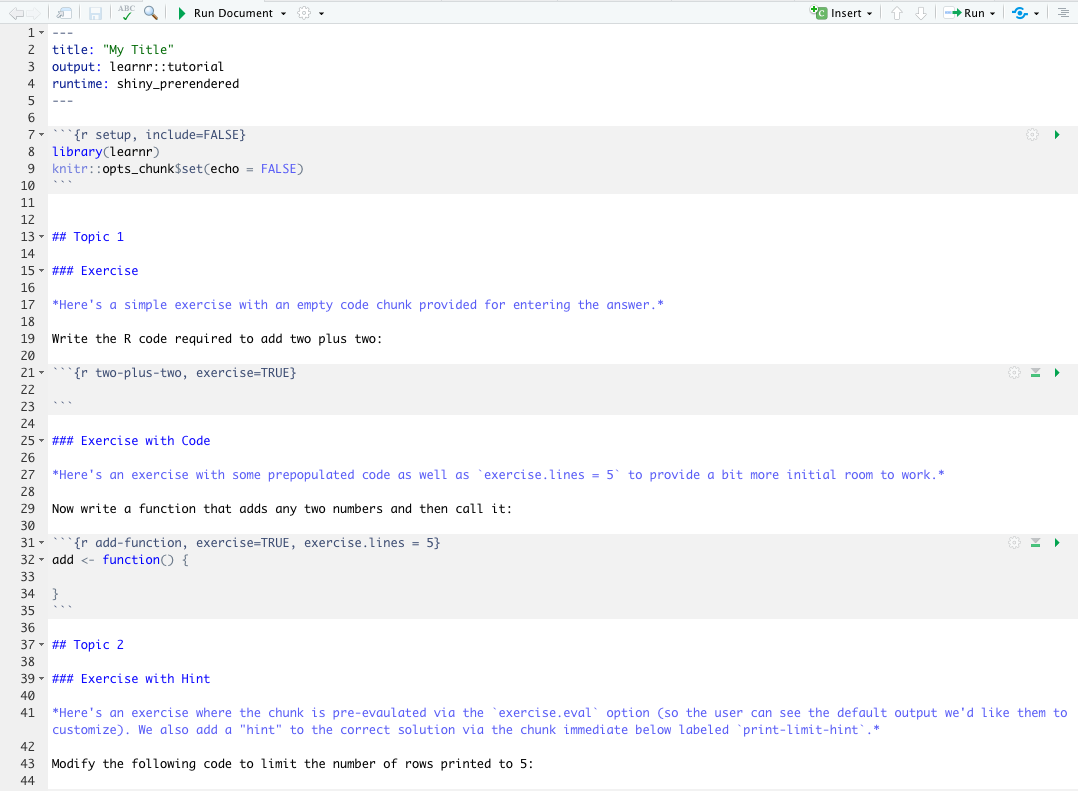 At the time of writing, there is one additional folder that needs to be added, which use_tutorial did not create for us.

The above line of code is also how your users will be able to run your tutorial once they have installed your package.

If you get errors, double check that your structure for the tutorial folders and files matches that of those in the testpackage repository. Make sure you Build, Install, and Restart before trying again.

14.2.1 (Optionally) Document the package as a whole

We created documentation for the data set, but not for the package overall. To do so:

You can include additional information in a README.Rmd file for your package. At a minimum, you should include a line about how to install, using the guidelines from Part 1: Deliver.

If you run into rough patches, here are some common pitfalls that might be resulting in errors:

14.5 Other community resources on package-making:

You can find a diversity of additional helpful resources and tutorials on making R packages. We list a few below: